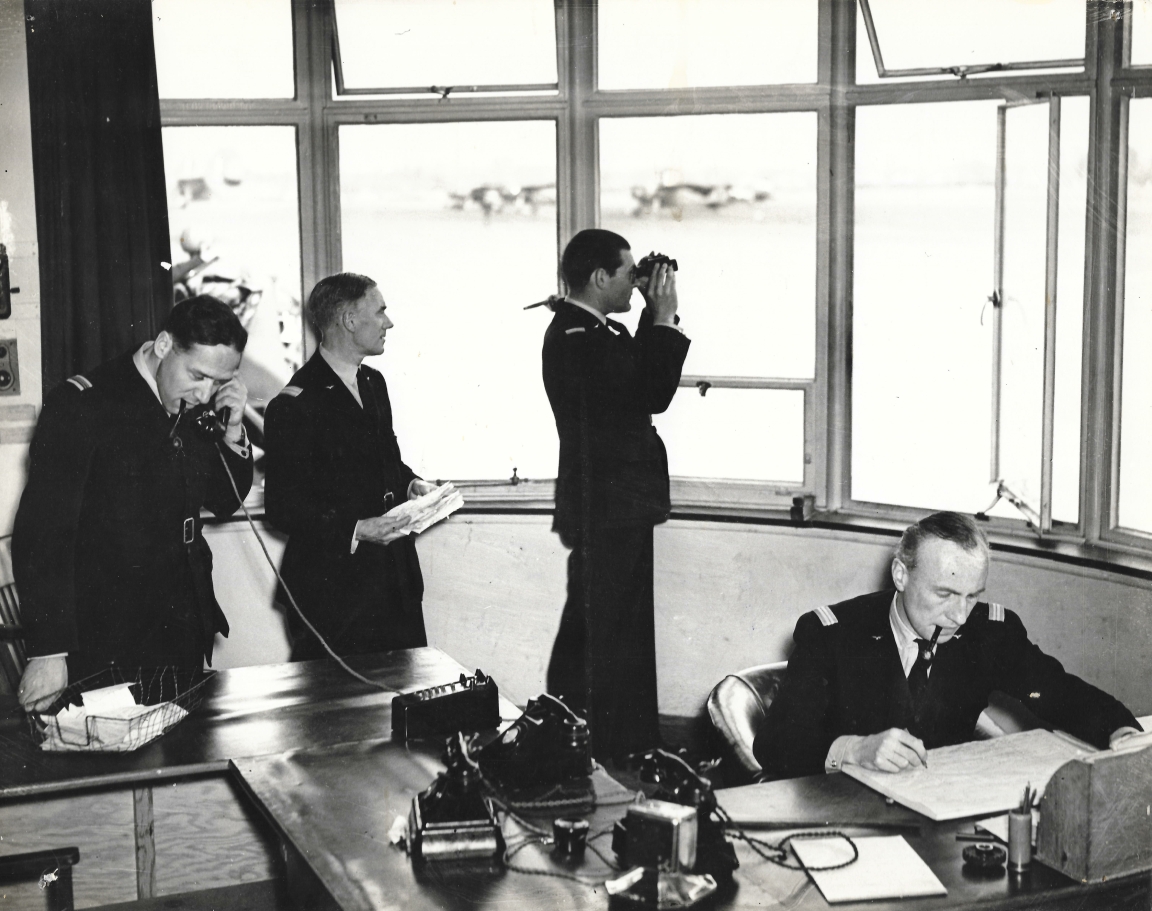 “One photo is taken inside the a typical ground level watch office with its bay window. The office was often shared by the Chief/Duty Pilot.

These two photos formed part of the collection formed by ATA’s founder, Gerard D’Erlanger. Both images were  taken at White Waltham and that the four officers pictured above in the Ops Room were from left to right: 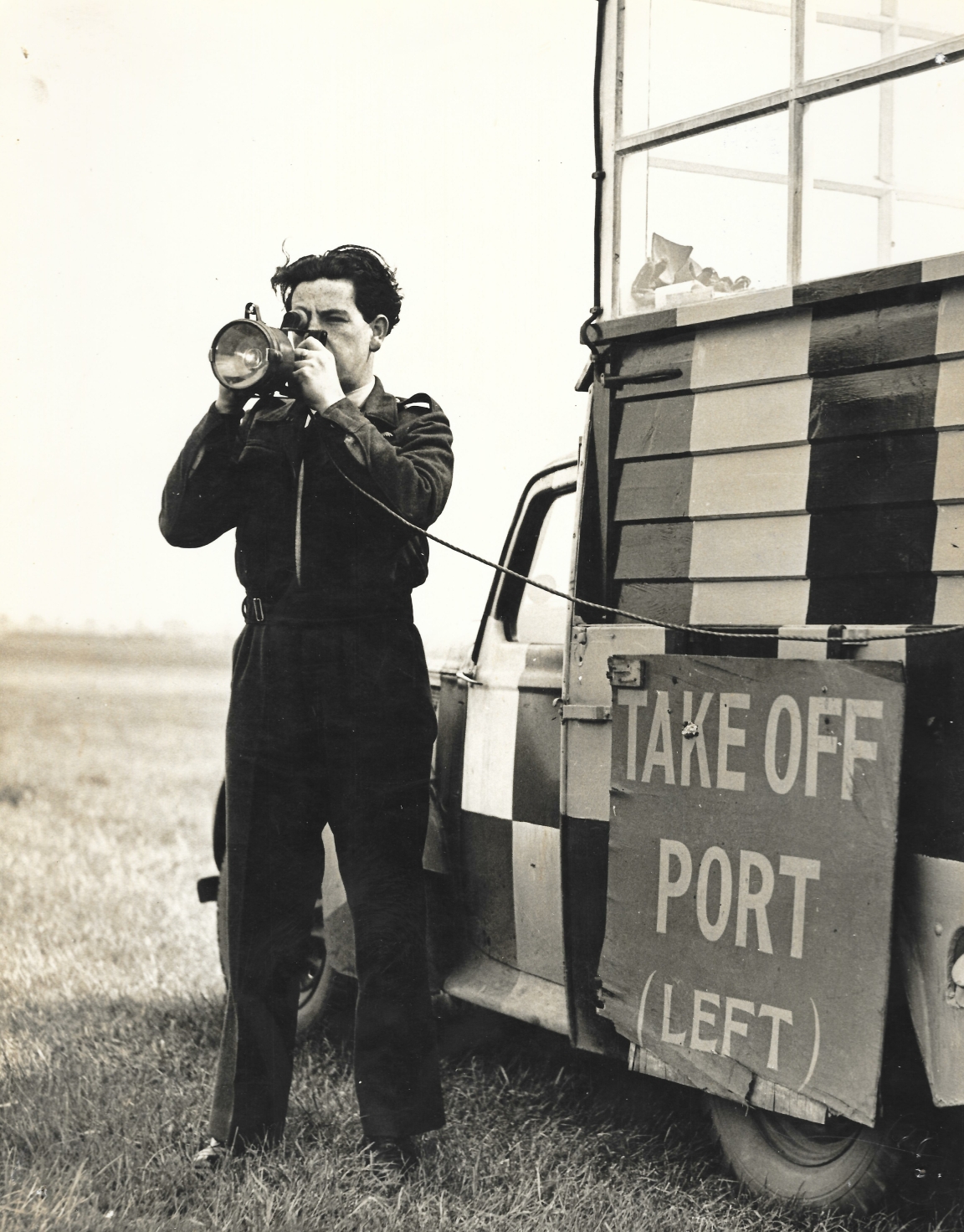 Out on the airfield is a mobile tower/caravan controlling the runway. It looks like the host vehicle is an Austin Tilly.

“This photo is of what was known as the Control Car. ATA employed a number of Airfield Controllers but, sadly, we don’t have a name for the gentleman pictured – a common omission in the case of ground staff.”

another utilitarian mobile caravan at White Waltham. The “VCR” appears to be a pre war turret from something like a Fairey Hendon bomber or even an RAF Air Sea rescue launch?

John Webster, the Secretary of the ATA Association tells us that “The photo is of the ATA’s airfield control unit at White Waltham where the Hudsons were used for conversion training to ATA’s Class 4 types (heavy twins). On first setting up its base at WW, the ATA operated without such control but the growing traffic, particularly for training and conversions, saw yet another role for ATA staff ~ that of aerodrome controller.”