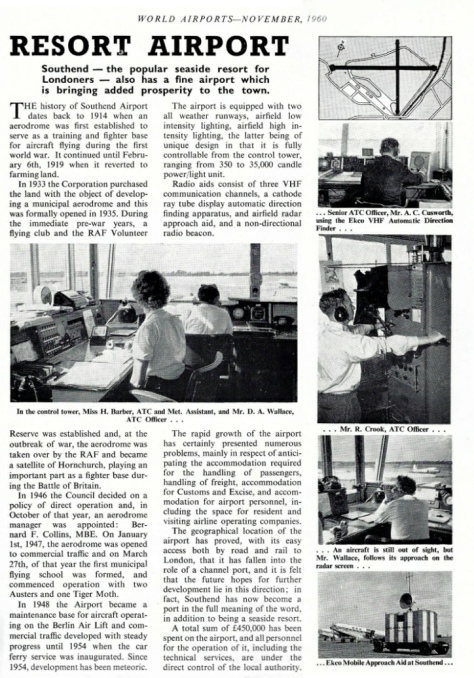 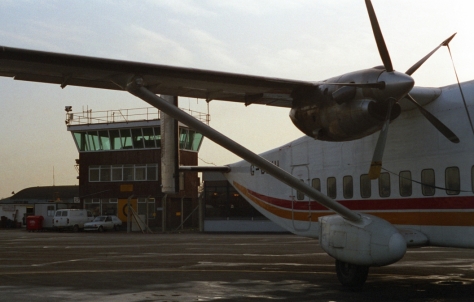 “Surveillance Radar Approaches, were carried out using an EKCO ARAA (Aerodrome Radar Approach Aid) This was an amazing piece of equipment, manufactured by a local electrical company, E K Cole.

It hung from the ceiling of the tower rather like a periscope in a submarine. The operator stood looking into a small ‘A’ scope tube. He was able to follow the aircraft by literally rotating the entire radar receiving unit by turning it on its axis. Azimuth control was maintained by turning two hand grips either side of the unit.

It was very, very basic but in the hands of a skilled operator, very accurate. If it was set up precisely, Surveillance Radar Approaches could be carried out down to half a mile with an OCL of about 250 feet.

Once the approach was commenced, the controller was committed to it. He stood upright looking into the ‘A’ scope. Both hands on the azimuth controls and at the same time talking on the R/T.”

next two photos by John Faulkner

MC7a the new tower from James Granger as is MC7b below 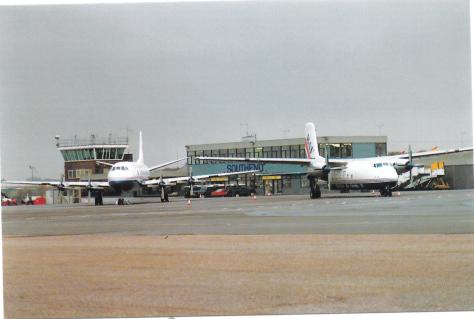 MC9C. EGMC’s  MARCONI S511 RADAR. The British Air Ferry Viscount 802 is G-BLNB, which in an earlier life was BEA G-AOHV. Its last flight was auspicious. In 2009, in the Republic of Congo, registered as 9Q-COD, this Viscount made the last recorded flight by the type.